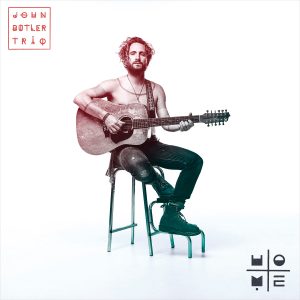 Australia’s highest selling independent artist of all time, John Butler, is finally returning with his first new album in over four years… HOME. It will be unveiled globally on September 28.

The album’s title track premiered online today and represents a genuine creative leap. It’s a complex mesh of poignant lyrics, industrial rhythms and a grinding electronic soul.  Dark and brooding, yet at the same time offering hope, this first musical taste pushes the envelope, digs deeper and explores the frustrations, vulnerabilities and tensions of modern life.

“Given the very personal subject matter of these new songs I pondered what it might mean to record in mainly a solo format for the first time ever,” explains John Butler. “(This track) scratches the surface of the emotional and sonic landscape that eventually became the bedrock of the album.”

‘Home’ – the song – is therefore the perfect introduction to the much bigger story John will soon share on HOME – the album. It’s a journey of self-discovery and artistic rebirth that promises to be his most distilled and revealing record yet. A snapshot of one person’s journey to find HOME – both as a physical place and a state of being.

The single ‘Home’ now available for download and streaming while the HOME album is also available to pre-order now. A range of exclusive bundles, including signed CD’s, LP’s and HOME merchandise, are also available now via www.johnbutlertrio.com

Fans who’ve seen a John Butler Trio gig over recent months – including the recent sold out show at Denver’s iconic Red Rocks Amphitheatre – have already been treated to sneak previews of some new songs. Following the album’s release, the band will take their new music to audiences in Japan, Europe and North America and then return … home.

Stay tuned for more touring announcements – and the release of more tracks – between now and the album release on September 28th.